The Smithsonian Institution, the world’s largest museum and research complex, includes 19 museums and galleries and the National Zoological Park. 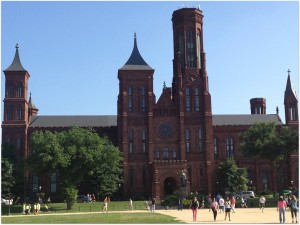 The Smithsonian Museums in Washington, DC are world class attractions with a variety of exhibits ranging from a 3.5 billion-year-old fossil to the Apollo lunar landing module. Visitors enjoy examining more than 137 million objects, including many irreplaceable historic artifacts, works of art, scientific specimens and cultural exhibits. With 19 museums and galleries, there truly is something for everyone. Guided tours, hands-on-activities and special programs are available.

The Smithsonian Institution is sometimes referred to as America’s treasure chest because of the diverse artifacts it houses. Whether you’re interested in American history or Asian art, giant pandas or stamp collecting, there’s a Smithsonian museum for you. The most popular Smithsonian museums are the Air and Space Museum, Natural History Museum, American History Museum and the National Zoo.

Air and Space Museum: The most popular museum in the world by attendance numbers, the National Air and Space Museum houses 23 galleries that trace the history of flight. Look for the 1903 Wright Flyer, Spirit of St. Louis, Spaceship One, Apollo 11 command module and the Hubble Space Telescope.

Natural History Museum: A family favorite featuring dinosaur bones, a life-size whale, a butterfly habitat and the jaw-dropping Hope Diamond. Look for the giant stuffed African elephant greeting guests in the rotunda, and see a 3D film at the museum’s IMAX Theater. 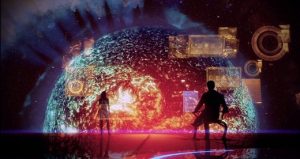 American History Museum: A treasure trove of American history, the museum is home to pop-culture items like Dorothy’s ruby slippers and the original Muppets to artifacts from the United States’ most heart-wrenching historical eras, such as uniforms from the Civil War and the Greensboro Lunch Counter, which sparked one of the first major civil rights-era protests when four students were denied service after sitting at the segregated counter.

National Zoo: Most definitely the wildest Smithsonian, the National Zoo is home to approximately 2,000 animals, including the famous giant pandas Mei Xiang and Tian Tian. Highlights also include an African Savanna, Asia Trail and Kids’ Farm.