British cuisine has always been multicultural. When the Frankish Normans invaded, they brought with them the spices of the east: cinnamon, saffron, mace, nutmeg, pepper and ginger. Sugar came to England at that time, and was considered a rare and expensive spice. Before the arrival of cane sugars, honey and fruit juices were the only sweeteners. The few Medieval cookery books that remain record dishes that use every spice in the larder, and chefs across Europe saw their task to be the almost alchemical transformation of raw ingredients into something entirely new which they felt distinguished them from the peasants. 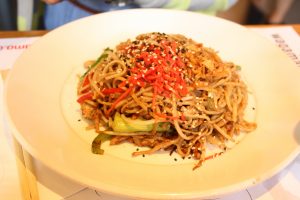 the late 1980’s, British cuisine started to follow a new direction. Disenchanted with the overblown and under-nourished Nouvelle Cuisine, chefs began to look a little closer to home for inspiration. Calling on a rich tradition and utilizing many diverse and interesting ingredients, the basis was formed for what is now known as modern British food. Game has enjoyed resurgence in popularity although it always had a central role in the British diet. This reflects both the abundant richness of the forests and streams and an old aristocratic prejudice against butchered meats.

In London especially, one can not only experiment with the best of British, but the best of the world as there are many distinct ethnic cuisines to sample, Chinese, Indian, Italian and Greek restaurants are amongst the most popular. 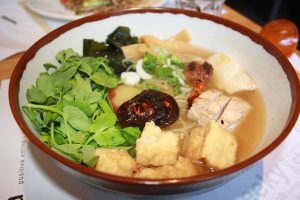 Although some traditional dishes such as roast beef and Yorkshire pudding, Cornish pasties, steak and kidney pie, bread and butter pudding, treacle tart, spotted dick or fish and chips remain popular, there has been a significant shift in eating habits in Britain. Rice and pasta have accounted for the decrease in potato consumption and the consumption of meat has also fallen. Vegetable and salad oils have largely replaced the use of butter.

Roast beef is still the national culinary pride. It is called a “joint,” and is served at midday on Sunday with roasted potatoes, Yorkshire pudding, two vegetables, a good strong horseradish, gravy, and mustard.

Today, there is more emphasis on fine, fresh ingredients in the higher-end restaurants and markets in the UK, which offer food items from all over the world. Salmon, Dover sole, exotic fruit, Norwegian prawns and New Zealand lamb are choice items. Wild fowl and game are other specialties on offer. 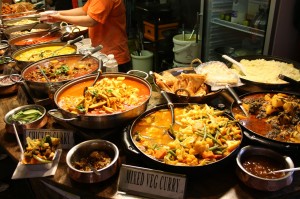 Here are some British popular dishes that you will have the chance to try when touring London with Comfort Tour:

Beefsteak, Oyster, and Kidney Pudding: Oysters may seem unlikely in this meat pudding but their great abundance in the Victorian age and earlier eras inspired cooks to find ways to incorporate them creatively in many different recipes. This steamed pudding combines the meats with mushrooms, onions, tomatoes, and Worcestershire, then wraps the whole in a suet pastry.

Black Pudding: invented in Stornoway, Isle of Lewis black pudding is often served as part of a traditional full English breakfast.
Cock-a-Leekie: This Scottish specialty can be classified as a soup or a stew. It combines beef, chicken, leeks, and prunes to unusual and spectacular ends.

Irish Stew: An Irish stew always has a common base of lamb, potatoes, and onion. It could contain any number of other ingredients, depending on the cook.

Mincemeat: Beef suet is used to bind chopped nuts, apples, spices, brown sugar, and brandy into a filling for pies or pasties!

Mulligatawny Soup: Originally a south Indian, it has been adopted and extensively adapted by the British. Mullitgatawny contains chicken or meat or vegetable stock mixed with yogurt or cheese or coconut milk and is seasoned with curry and various other spices.

Syllabub: Syllabub is mixed from sherry and/or brandy, sugar, lemon, nutmeg, and double cream into a custard-like dessert or an eggnog-like beverage, depending upon the cook.

Welsh Faggots: Pig’s liver is made into meatballs with onion, beef suet, bread crumbs, and sometimes a chopped apple. Faggots used to be made to use up the odd parts of a pig after it had been slaughtered.

Welsh Rabbit: Cheese is grated and melted with milk or ale. Pepper, salt, butter, and mustard are then added. The mix is spread over toast and baked until the cheese bubbles and becomes brown in appetizing-looking splashes.

Westmoreland Pepper Cake: Fruitcake that gets a distinctive kick from lots of black pepper. Other ingredients include honey, cloves, ginger, and walnuts.

Remember, even if the name of the dish does not sound too appetizing, it is sure to excite your taste buds and please your senses! When you’re in London, ask our tour guide for some recommendations on local hot spots or food tips. Experiment, explore, and enjoy!