Where to Find the Best Views of New York City

For decades the attitude in Manhattan has been to “build up, not out”. For you, on your New York tour, this means some awesome opportunities to gain a bird’s eye view of the city and take some great photos. Here are some of the best places to get a good view of NYC: 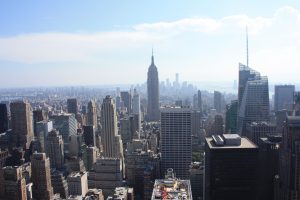 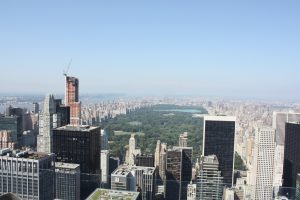 The iconic Rockefeller Plaza is home to the Top of the Rock observation deck. The Top of the Rock offers views of some of New York’s most famous landmarks such as Times Square, the Chrysler Building, Central Park and the Brooklyn Bridge. The line ups for Top of the Rock are often shorter than those for the Empire State Building, but the views are just as impressive! It’s the best choice if time is short on your New York Tour. 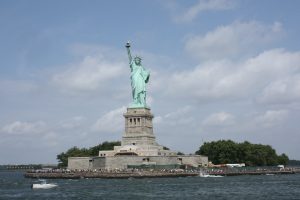 The Statue of Liberty, a symbol of America and a gift from France to the USA, is another fabulous place to take photos of the NYC skyline. Waiting times for the ferry out to Liberty Island can take as long as 90 minutes at peak times, but it is well worth the waiting time. On the third day of our NYC tours, we spend half the day on Ellis Island where you will get the chance to visit the symbolic monument of New York.
Please note that due to sustaining significant damage during Hurricane Sandy, Liberty Island is currently closed. It is due to reopen on July 4, 2013.

AVA Lounge at the Dream Hotel 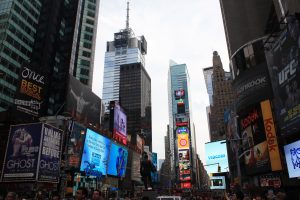 If you have plans to catch a Broadway Show on your New York tour, then set some time aside for a pre or post-show drink at the AVA Lounge on top of the Dream Hotel. The Lounge has views down Broadway. Even if you do not have show bookings, it is still a great place to watch New York light up. At this time, there is no cover charge for the AVA Lounge.

Share "Where to Find the Best Views of New York City" via: