Best Time to Visit and Things to do in Boston

Nicknamed “Beantown” for its earliest residents’ love of beans baked in molasses Boston is a town full of history and flare. With its temperate summers and cool falls, the best time to visit Boston is between June and November. In these months visitors can take in baseball games, outdoor concerts and enjoy the Boston Public Garden, the nation’s first public botanic garden. 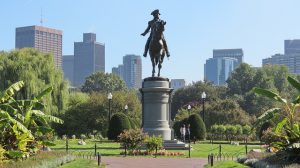 For history buffs the Freedom Trail includes a full 2.5 miles of sights significant to the — of the United States. Areas of particular interest on the trail include the Old Granary Burying Grounds where Paul Revere, an American Revolution patriot, as well as Samuel Adams, John Hancock and Robert Paine, three of the men who signed the Declaration of Independence are buried. The trail also passes the site of the Boston Massacre and the dock where the USS Constitution, a wooden U.S. Navy frigate named for the United States Constitution by George Washington, is moored. 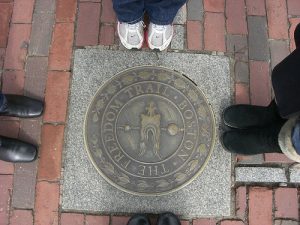 For those who enjoy a ballgame and a cold drink Boston also offers good places the visit. The city is home to the Boston Red Sox. Fenway Park, home of the Red Sox, is the oldest Major League Baseball ballpark. For a drink, travelers to Boston might consider touring the Samuel Adams Brewery. Those who remember the television show “Cheers” should pay a visit to the restaurant that served as the inspiration for that show.

If shopping is more your thing a trip to Faneuil Hall Marketplace is something you’ll want to include in your itinerary. The urban marketplace is known as one of the best in the nation. The mall offers dining, entertainment and a variety of shops set in an indoor/outdoor setting. Along with being a center for shopping, Faneuil Hall has also been the setting for a variety of political speeches including Julius Caesar Chappelle’s “At the Cradle of Liberty” in 1890 and more recently the site of Sen. Edward Kennedy’s announcement that he would run for president.

Depending on what time of year you visit Boston you may arrange a time to correlate with one of the many annual events that take place in that city. In June the city hosts the Cambridge River Festival, a celebration of the arts. In July a week of historical and educational activities leads up to Independence Day during the Boston Harborfest. In September the city hosts the Boston Film Festival. If you choose to visit Boston in the winter you can see history come to life on the 16th of the month during a reenactment of the famous Boston Tea Party.

If you choose to brave the cold Boston winter there are exciting things to see even during the coldest months, just be sure and bundle up! In February the Chinese New Year is celebrated in Boston’s Chinatown. Red paper lanterns, fireworks and drums as well as lion dancers are some of the highlights of the new year parade. In April, runners of all ages flock to Boston to participate in the Boston Marathon, an annual 10K race.

Tags: attractions, Boston, Things to Do

Share "Best Time to Visit and Things to do in Boston" via: